Sculptures by Peter Hranuelli in lavender fields in southern Serbia

The exhibition is organized by the Tamnjanica eco plantation and the Association of Artists Pigmalion in cooperation with the Tourist Board of Bela Palanka. 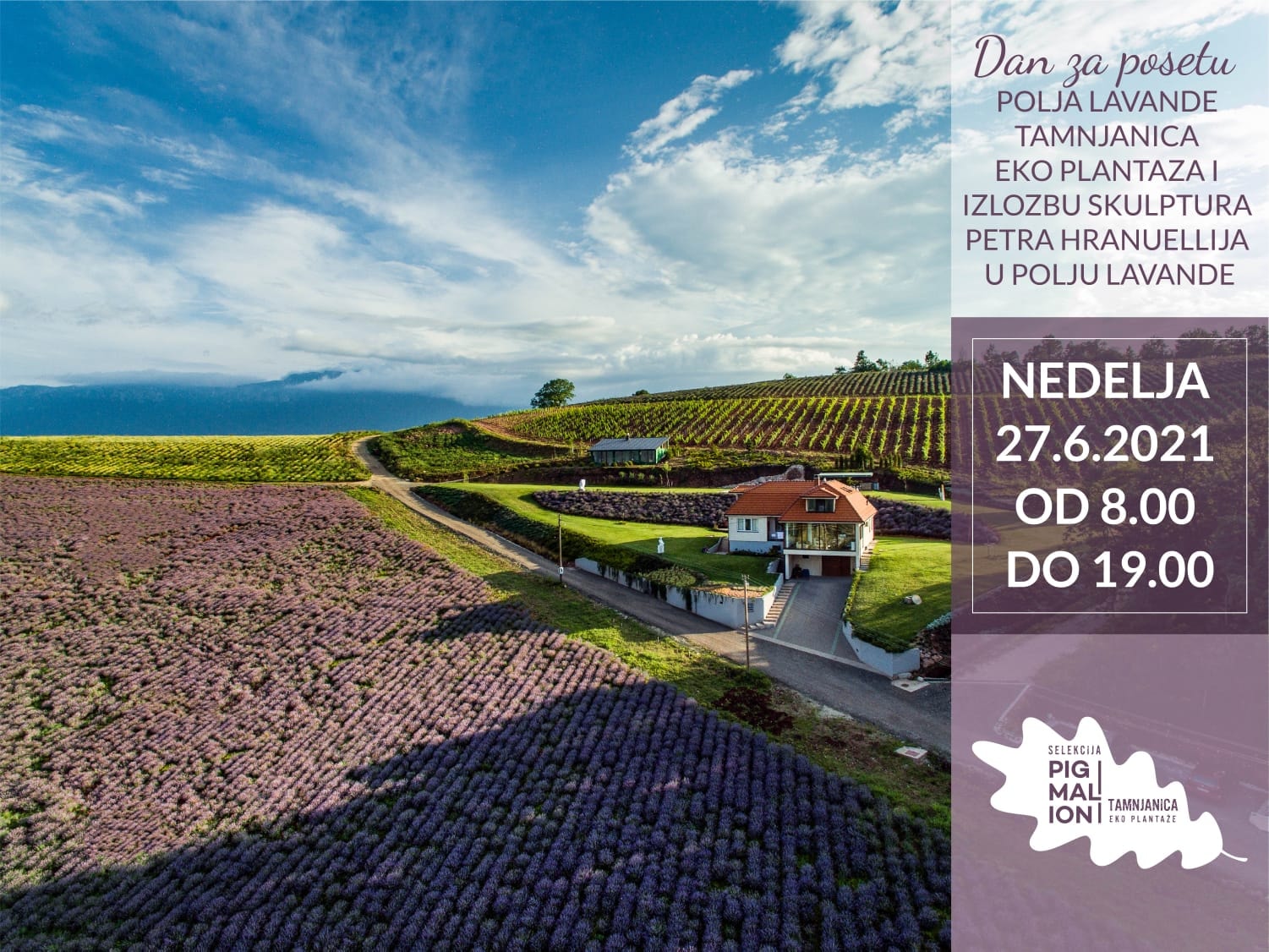 On June 27, 2021, Croatian sculptor Petar Hranuelli will be a guest with his works of art in the well-known lavender fields at the Tamnjanica eco plantation in Serbia. As usual, the exhibition will be open to the public who will be able to enjoy the artistic sculptures of the Croatian sculptor Petar Hranuelli, which will be placed in the lavender fields. We were at the installation of sculptures in a truly unreal landscape that is deservedly often compared to Italian Provence. The word Tamnjanica in a game of associations would have a lot of meaning today: NATURE, ART, BEAUTY and then a skilled language connoisseur would play with the words LAVENDER, IMMORTAL, ROSE, BLUEBERRY, HONEY, FOOD and at the end, or the beginning of everything PIGMALION. Each of these words carries a story and a message that everything is possible, even from a passive end, to make a place that evokes beautiful feelings, whether you are a fan of healthy living or art. Our recommendation is to nurture both body and spirit, to nourish them with the finest tastes and scents that nature and human hands can give. NATURE has been generous to this area with the most indigenous plant species, as many as 133, which makes it valuable for every living thing. The chain of life here is connected in a unique way because the earth, air and water are constantly replenishing. The House of ARTISTS on the property of Gorazd Čuk has become an oasis of creativity for artists from all over the world. They leave a part of themselves creating works of art in the fields of fragrant plants, but they bring new energy from Tamnjanica, energy that “feeds” them in the days of gray and that is why they are always happy to return to this place. Man cannot just create, he must please the body, and that is why they made the finest brandies and other delicacies from fruits from this region. Artists thus become promoters but also tasters of these products and it is known that their senses are refined and what passes their test is worthy of every mortal. The mission of the Tamnjanica eco-plantation plantation is to make NATURE, ART AND BEAUTY in the first place because that harmony is ideal for mind and body. Places like Tamnjanica became during the epochs only the uniforms of actors, artists and patrons changed, but the love for life remained the same. (source: https: // tamnjanica-eko-plantaz …) 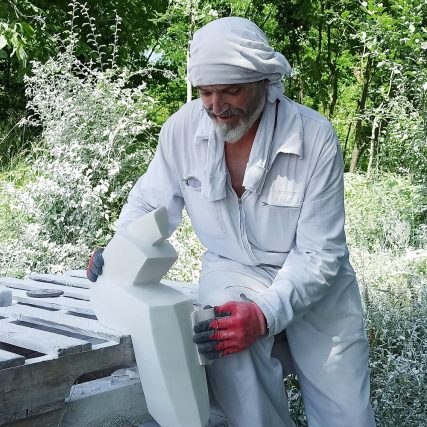 Petar Hranuelli, born in Supetar (December 27, 1975), and until 1994 lived in Postira on the island of Brač. He has been exhibiting at 58 solo and 108 group exhibitions in the country and abroad since 1994. He has won several awards and recognitions, including: Venus Redemption Award in Honey, City Office for Agriculture and Forestry, Zagreb (2007), 1st Jury Prize for the XXVI Small Format Exhibition, Šabac (2017, 2020). 1st Prize for Sculpture, IV International Biennial of Nudes “Marko Krstov Gregorić, Petrovac, Montenegro” (2018) , Draženka Jalšić Ernečić, Nikola Albaneže, Olivera Vukotić, Stanko Špoljarić, Davorin Vujičić, Romana Tekić, Sonja Petrović Jagić, Vesna Bunčić, … Many of his works are in the permanent exhibition of museums, galleries, private collections at home and abroad (Croatia , Slovenia, Germany, Netherlands, Italy, Austria, Serbia, Turkey, England, Montenegro, Spain, California, Chile, Switzerland, …) Hranuelli’s opus is connected to the origin, the island of Brač, with its material and vitality. Stone sculptures of forms abstracted from the figurative depict most often women (Venus) and human figures in general, regularly in dialogue with tradition from prehistory through classical antiquity to modern times. Vitality and exuberance carved in stone, sometimes in other materials such as glass, whether it is a sculpture of a smaller format or a public character are the features of Hranuelli’s work. He has been a member of HDLU since 2006. He lives and works in Zagreb. photo: source Tamnjanica_eco_plantation + Petar Hranuelli + Milan Djakov text: source https://mojzagreb.info/zagreb/predivne-skulpture-kipara-petra-hranuellia-u-poljima-lavande

This website uses cookies to improve your experience while you navigate through the website. Out of these, the cookies that are categorized as necessary are stored on your browser as they are essential for the working of basic functionalities of the website. We also use third-party cookies that help us analyze and understand how you use this website. These cookies will be stored in your browser only with your consent. You also have the option to opt-out of these cookies. But opting out of some of these cookies may affect your browsing experience.
Necessary Always Enabled

Any cookies that may not be particularly necessary for the website to function and is used specifically to collect user personal data via analytics, ads, other embedded contents are termed as non-necessary cookies. It is mandatory to procure user consent prior to running these cookies on your website.